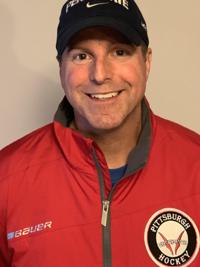 Mike has been playing and coaching hockey for over 35 years.  He played for Penn State’s ACHA program and finished with a National Club championship and as the teams all-time leading scorer for defenseman.  He played professionally for the Lakeland Ice Warriors of the Sunshine Hockey League. He currently is a social media, recruiting and television director for major Division I Hockey, Football and Basketball teams.  He also Executive Produced a hockey documentary, The Last Gladiators … This year's 2006 Vengeance team will be featured in Mike's upcoming documentary on contact in hockey: Cornered, First Year Checking.